Early in 2013, a number of large meteor strikes were reported. A small number of sizeable impacts were studied and documented, although other meteorites had simply burned up in the atmosphere. One meteor’s fiery disintegration as it neared earth near Chelyabinsk, Russia, unleashed nearly 500 kilotons of energy, more than 30 times the energy of the Hiroshima atomic bomb. In late March of 2013, cases of anthrax and cattle illness were on the rise throughout the world. By the beginning of April, a virulent strain of what was believed at first to be rabies was reported by the CDC. The initial symptoms seemed to be similar to the influenza virus. Throughout the month, a number of instances of cannibalism were being reported. By the beginning of May, reports were coming in of comatose and terminal patients “awaking” to attack hospital staff. Similar news items were being reported in the U.K., across Europe, Russia and China. Reports would later indicate that the “recently deceased” were somehow “coming back to life.. to attack the living.” No one could believe these reports until they began seeing it firsthand.

Widespread panic erupted. Major urban centers plunged into chaos. Amidst looting and acts of violence, the viral contagion spread. In the U.S., the National Guard and law enforcement agencies were unable to restore order. Many soldiers and police would abandon their posts to seek out their own families or simply flee. Major highways became clogged with traffic, with thousands abandoning their vehicles or becoming trapped within them. Hundreds of thousands of people across the country died during the initial rioting and outbreak of the disease, with many more to follow. Of these casualties, many would walk again, now craving the taste of living human flesh. Major cities were now resided in by rotting corpses or the corpses that would walk again, and the smell of death and disease became prevalent even miles away from major population centers.
Those few that survived the days ahead would have to overcome not only the dead that walked again, but dwindling supplies, the risk of disease and injury, the elements, the absence of power and electricity in many areas, and even each other.
It didn’t matter what people had been Before The Dead Walked, what mattered now was how they survived.

• “Mac,” Leader of “The Survivors,” a motorcycle club/gang (He was last seen on his bike, trying to lead a group of Undead away from the others.)

• “Ivy” (Only Cooter recognized her stumbling onto an on-ramp after losing control of her motorcycle, topless, bloody and in shock. Janet almost hit her while driving. Cooter decided not to reveal this information.)

• SPC Joe Silverman, USNG (and many other soldiers in Eddie’s unit)

• Augustino “Gus” Tredici, Triggerman (another of Enzo’s men, and leader of his small crew)

• “Tiny”, of “The Survivors” motorcycle club

• Rachel Weisman, Janet’s daughter. She was brutalized and turned at the hands of Division 8 soldiers.

• Lorenzo (“Enzo”) Carbone, Head of the Carbone Organized Crime Family (Mafia..), Semi-legitimate Club Owner, Restauranteur and President, C.E.O. and Owner of Carbone Private Waste Disposal, among other businesses. He hasn’t met the group, although some of his employees did before perishing.

• DIVISION 8 – A secret branch of the United States Miltary. Recently, the group met Army Field Operatives who had been studying the virus. They were employing unorthodox, unethical experiments in attempts to test a possible cure.

• Colonel Tyler Braddock (as played by Michael Ironside) – A high-ranking Division 8 officer who is not very pleased that the group helped to disrupt one of his operations and made off with important data.

All Flesh Must Be Eaten by the Waking Dead MechaRoJo MechaRoJo 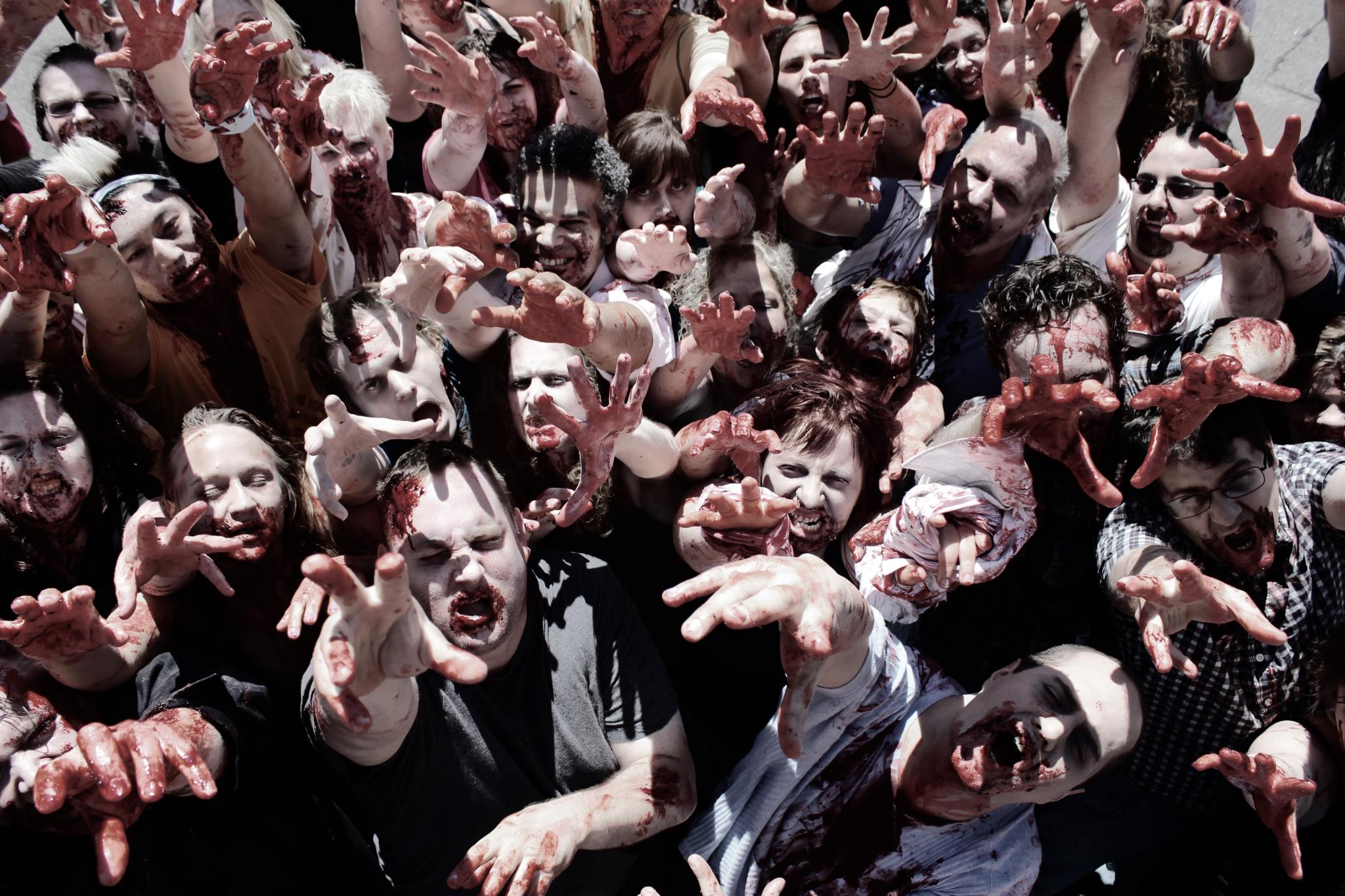 All Flesh Must Be Eaten by the Waking Dead Comments

I'm sorry, but we no longer support this web browser. Please upgrade your browser or install Chrome or Firefox to enjoy the full functionality of this site.